Pushing the edge at Montreal fest

Holiday, Swedish director Isabelle Eklof’s stylish and diabolical thriller, depicts in all its horror the amorality of a certain class of people. Okay, they’re the criminal class.  A group of Scandinavian underworld types, on some unspecified holiday on the Turkish coast, looks like any charming group of people yearning for a little southern exposure. And it certainly seems that way when Sacha (Victoria Carmen Sonne) arrives with suitcase in tow at the local airport. We soon see her as passenger in a car with a slick well-dressed sunglass wearing Euro-type, a la Jean-Paul Belmondo. Problem is, he’s not taking any of her nonsense. A lapse in her spending necessitates a car stop and a couple of hard slaps to the face. Anguished, she recovers quickly. Next, we see her with her pals of seeming hoods – who look a lot like you and me – lazing about in the Mediterranean sun. All appears well. But under the surface there are complexities, as her “boss” plots out a significant swindle and woe to anyone who screws up. And she’s his play thing. He rapes her on the condo’s ground floor as one of the group’s kids comes down the stairs; her resistance is futile. She meets a couple of Dutch guys at an ice cream shop ad inevitably becomes friendly. Until they discover what she’s all about. As violence is done to her, she does to others, all in her sunny innocent way. I guess a yacht-sailing southern vacation is worth the price.

In All Good, from Germany, director Eva Trobisch, intends to show how women, or a woman, cope(s) after being raped. The immediate conclusion is that for many women, they deny or subsume the experience, and go about life as if nothing happened, while their insides are tearing apart and they suffer deep psychological trauma. In this film, the lead actor Anne Schwarz as Janne, an intelligent up and coming book publishing editor, not only pushes away her trauma but continues to engage the co-worker Hans (Martin Löw) who did this to her. After being raped following a party, Janne proceeds about her daily routine seemingly untraumatized. She is on the surface calm, almost maddeningly so. She even continues to engage Hans, though as the film goes on her interactions take on the form of subtle satire and then the odd caustic remark. Yet her relationship with her assailant is part of a matrix with several men in her life, including Piet (Andreas Döhler) her lover with whom she’s falling out. An intellectual, he’s also psychically brutal. Then there’s Robert (Tilo Nest) her boss, a 50-something who is having relationship problems of his own (who knows how he behaves in them?) but seems the least threatening of all the men she knows. The audience may be frustrated at Janne’s overt inability to stand up for herself. But she does land some subtle verbal punches on the hapless Hans who in his seeming guilt, acts like a little puppy only wanting to make things right. But it’s this very subtleness, the nuances of her relationships, and the frustrations it might invoke in us, that makes the film much better than the polemic it could have been. 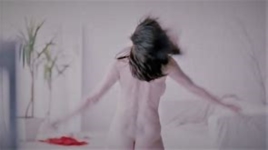 Touch Me Not by Adina Pintilie, a German-Czech-Bulgarian co-production, examines the depth and intracicies of sexuality, and aims to look at its extremes. “Touching” here could mean physical touch or psychological touching, opening the psyche or breaking down personal defenses to understand how we approach intimacy and attraction, and indeed our sexual preferences. At times the film seems a straight-ahead examination of the psyche itself whether sex is involved or not. The main character, Laura (Laura Benson), who wants to understand her own inner life, attends therapy sessions with a counsellor who seeks to extract her anger by pushing/punching her, which she releases almost as a set of primal screams. The camera takes us into sessions with people who may not be stereotypically glamorous, indeed those we might consider “handicapped” or “differently-abled” as one of the most intelligent of the subjects in the film, Christian, describes himself. It explores a S & M club, an effort by the filmmaker that is not voyeuristic but simply to show on a continuum the meaning of sexuality for certain types of people. This is a film - it won the Golden Bear in Berlin - that may seem uncomfortable for some and that, to appreciate, yes, might entirely depend on your attitudes towards sex and the exploration of the inner self.
Posted by Windsor-Detroit Cinephile at 10:10 AM