Like Father, Like Son, opening Friday at Landmark’s Main Art in Royal Oak - the latest from Japanese director Hirokazu Koreeda - is an emotional story about family. But for me it wasn’t so much about the apparent main theme but about one character’s coming to terms with who he is. The story is ostensibly about two families who discover that their now six year old boys were switched at birth in a provincial hospital by what turned out to be a sociopathic nurse. Koreeda focuses on one of the families – a hard-driving architect Ryota (Masaharu Fukuyama), his wife Midori (Machiko Ono), and their “mistaken” son Keita (Keita Ninomiya). They are juxtaposed against the other family who is working class and live cheek by jowl beside husband/father Yukari’s (Yoko Maki) machine shop. Each family was given the other family’s child by mistake - er, design. A reconciliation takes place where the families meet and get to know one another. But soon the differences become apparent. Ryota is glum and serious and so devoted to his job he hardly had time at home with Keita. Yukari is happy go lucky and loves to goof off with he and wife Yudai’s (Lily Franky) many kids including the misplaced Ryusei (Shôgen Hwang). The child exchange would be a diffcult transition for any family. Having built loving bonds between what you thought were your own children and then having to exchange them for your children by blood could bring a huge range of emotions. And the film depicts that. Midori, Ryota’s wife, feels guilty for not having recognized Keita's facial dissimilarities sooner. And of course the children - who are slowly integrated into their real families through weekend sleepovers - cry to go back home to see their “real” daddies. One day Ryusei asks Ryota to repair a toy and Ryota at first can’t. The boy says, “When I go home again I’ll have daddy fix it.” Eventually the children make the transition. But even here Midori feels guilt for “betraying” Keita. The movie is called Like Father, Like Son for a reason. The real story is not the misplaced children but Ryota’s coming to terms with what it means to be a father. Cold, austere, and failing to connect with Keita, once reunited with his son Ryusei, he forces himself to change. There are good performances all around especially by the children. The family scenes are naturalistic. But what I liked most was this wasn’t a one-dimensional story. There were two or even three levels at work: the wrongful exchange, Ryota’s fatherhood, and the clash between dour and happy family environments. In the end the movie went from heartbreaking to heartwarming and in a genuine way.
Posted by Windsor-Detroit Cinephile at 3:25 PM No comments: Links to this post

One of my favourite entertainment columnists - in fact my only one since I usually hate fawning entertainment gossip – is Doug Camilli. The guy has been zinging barbs against the Hollywood elite for years and that’s why I love him. Few others send up the Clooneys and Roberts and Cruises of the world with a few bon mots like our friend Doug. His column today was typical but aimed in part at people like me. Guilty as charged! He lambasted critics for their love of Greta Gerwig (Damsels in Distress, Frances Ha), the arrived indie star of whom I’ve written previously (June 20, 2012, May 27, 2013) as my new It Girl. “Do you know about Greta Gerwig?” Camilli writes. “All us cool people do. She’s made lots of independent films…So critics love her.” But his barbs weren’t so much aimed at Greta as to the critics (not me) who have castigated the poor woman for going schlock by signing on to a new network TV show, How I Met Your Dad. Camilli is understanding towards her because “indie pictures being what they are, she’s not making any money.” But not so to the outraged critics one of whom dismissed Greta outright for making such a crass move. Says Doug: “Let’s give this thing a chance.” I agree.
Since the – yawn – Academy Awards are right around the corner Vanity Fair has come out with its annual Hollywood Issue, the 20th annual in fact. It’s VF’s version of Vogue’s September issue. In other words, thick. 412 pages thick. Since subscribing to VF last year (I’ve since cancelled – lots of froth but little substance) I never realized how female-oriented the magazine is, with the overwhelming number of ads – and there are a lot – fashion or cosmetic oriented. That's an aside. But the Hollywood issue reads like high class porn. There are spreads upon spreads and article upon article of Hollywood then and now. The issue is so rolling in Hollywood grandeur it’s like a very sweet icing, you almost feel sick turning the pages.
Windsorites deserve a chance to see some of the movies the Academy will be voting for March 2. This is your chance to see some of the better and under-the-radar films. The Detroit Film Theatre, as it does every year, offers up the month of February for several repeat screenings of a combo of nominated animation and live action shorts. Together they run to three hours (yes there’s an intermission). There are five shorts in each program. Screenings will continue this weekend and wrap up Thursday. You might want to buy tickets online through the DIA’s website (Detroit Film Theatre) www.dia.org as this is a very popular event.
﻿
Posted by Windsor-Detroit Cinephile at 1:16 PM No comments: Links to this post

For movies, January wasn't - all - that bad 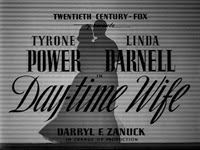 It’s been a dry season for movie watching despite the Oscar nominations. But if you’ve read my Jan. 10 you know I’m not at the theatres lately, Oscar-Smoshcar. But alas there are such marvels as zip.ca and Netflix. One need never be movie bereft again....So over the past couple of weeks my movie gazing has taken me from a couple of movies starring Nicole Kidman – Rabbit Hole (John Cameron Mitchell, 2010) and The Human Stain (Robert Benton, 2003) – to a very stilted yet oddly humorous 1971 classic A New Leaf starring Elaine May and Walter Matthau - what a combo - to the big French art house hit of last year Holy Motors (Leos Carax) to a 1994 French hit The Professional (Luc Besson, 1994) to the Danish Love is All You Need (Susanne Bier, 2012), to the really delightful 1939 classic Day-Time Wife (Gregory Ratoff). Let’s take them one by one – but short reviews. Really!
• The Kidman movies. Both were ones I thought I had not seen before but in fact had. In Rabbit Hole Kidman is a bereft mother after the death of her young son. Aaron Eckhart plays the husband. It’s a good character piece with enough drama and authenticity to hold your attention. As for The Human Stain I recently read the book by Philip Roth which goes way off into tangents. The movie brings the important parts together. In this case the movie – starring Anthony Hopkins about political correctness and race – is better than the book.
• A New Leaf is a movie about an unlikely couple where emotions are tightly controlled. Matthau’s Henry means bad. But the movie reminded me of a certain type of male, of an older horn-rimmed glasses generation, who is absolutely bereft of emotion and can’t express tenderness to his charming if nervous bride if it kills him, if not her.
• Holy Motors is about a day in the life of a peripatetic actor (Denis Lavant) as he’s “motored” around Paris going from one gig to the other. But it doesn’t seem that way. Each exhausting job seems to encapsulate some aspect of our crazy world. Little of this turned me on and I’m glad I waited a year rather than paying to see it at the DFT. And the final scene of “motors” seemed strangely ridiculous.
• The Professional stars Jean Reno as a Mafia hit man, who befriends a girl played by as extraordinarily young Natalie Portman. But Portman is amazing in her fierceness. They’re an odd Bonnie and Clyde in a movie that doesn’t add up to much but the performances are kind of interesting.
• Susanne Bier is an interesting Danish director and I’ve enjoyed every movie of her’s I’ve seen, such as After the Wedding (2006) and In a Better World (2010). Her films have an implicitly women’s perspective though meld with a general outlook on life in stories that span places and times. Love Is All You Need is about a distressed hairdresser in a bad marriage (Trine Dyrholm) who falls in love with a hard driving foreign executive (Pierce Brosnan) in another ensemble cast about family disintegration and recreation.
• Finally there was the 1939 Day-Time Wife starring an astonishingly young Tyrone Power and an amazingly fresh and delightful Linda Darnell. Darnell plays the suspicious wife who thinks her husband is having an affair with his secretary. But appearances can be – somewhat – deceiving. A fine comedy from the golden age.

Posted by Windsor-Detroit Cinephile at 2:56 PM No comments: Links to this post