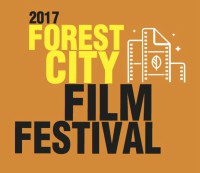 There’s not only the Windsor International Film Festival getting underway over the coming week. There are two other film festivals – in Sarnia and London - taking place around the same time. Sarnia’s Southwestern Ontario International Film Festival (SWIFF) runs Nov. 2 – 5 while London’s Forest City Film Festival kicks off today and runs until Sunday. The Sarnia fest is in its third year and the London fest is in its second. The Sarnia festival is run by Ravi Srinivasan, who also happens to be a programmer with the Toronto International Film Festival (TIFF) though he hails from Sarnia. SWIFF is screening 14 films, all at the 600-seat Imperial Theatre, a live arts centre in the city’s downtown. The Forest City fest, with 46 films, is run by Dorothy Downs, a filmmaker and TV producer with many ties to filmmakers throughout southern Ontario. And that’s a large reason why Forest City focuses only on films – local, national or international - in which there is a regional connection. For example, The Truth Is in the Stars features William Shatner speaking about the influence of Star Trek; it was written and produced by Stratford’s J. Craig Thompson. Beatriz at Dinner, starring Salma Hayek, is produced by Aaron Gilbert, who grew up in London. There are even some Windsor filmmakers' works featured. The Ghost of Ed was shot in Walkerville by Charlie Conlon, and Love in the Age of Like  is by Windsor’s Theodore Bezaire, while Ashes was produced by Jake Raymond and stars Tanya Bevan – both from Windsor (with a third of the film shot here). Then there’s Bon Cop, Bad Cop 2, starring one of Canada’s best known actors, Colm Feore, originally from Windsor......Downs says her festival is designed to give a showcase to regional films that otherwise “are never going to have a chance to be seen by anybody locally.” The festival screens at two locations in one block downtown, and in its first year drew a “spectacular” number of people, she says. “We really believe in supporting the local artists, helping to build the industry, helping to encourage emerging filmmakers......” Meanwhile, back in Sarnia, SWIFF’s Srinivasan says the festival is held in early November – with some overlap with the Windsor festival - in part to “capitalize” on that city’s First Friday event, where stores stay open late to draw people downtown. He said for Friday and Saturday night screenings the draw has been about 500 people per night. (Only one film is screened at one time.) Despite working for the Toronto festival Srinivasan said he doesn’t book films through TIFF’s Film Circuit, which the Windsor festival uses. His fest contacts distributors directly. SWIFF’s opening night film is Kathryn Bigelow’s Detroit. Other scheduled films include The Square and City of Ghosts – also being screened in Windsor.....The Forest City festival, registered as a charitable non-profit, receives $15,000 in municipal funding and $8,000 from Heritage Canada, and pays filmmakers for movies in competition. The Sarnia festival, a non-profit, receives $25,000 from the province and $15,000 from the municipality.

Posted by Windsor-Detroit Cinephile at 3:39 PM