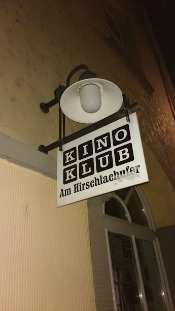 I always kick myself for forgetting that if there is one movie theatre that is packed for weekend matinees. It’s the Maple in Birmingham. Such was the case yesterday when we showed up for the early afternoon screening of Kenneth Lonergan’s Manchester by the Sea, starring Casey Affleck and Michelle Williams. Normally, a weekend matinee at most theatres not only means there are plenty of seats available but a discounted ticket as well. While the Maple offers discounts it’s hard to find seats, especially if you come at the last moment or a few minutes late, as was our case. (I’ll blame the delay on a road accident on Telegraph.) The reason? It’s those discounts. For some reason people simply LOVE saving a few bucks by attending matinee screenings at this theatre. It has always been the case even when the Maple was run by Landmark Cinemas. (BTW, we got ticket refunds after deciding the crowded theatre was too much for us.).....Not that I had an overriding interest in seeing the film, a story about family and community in a small Massachusetts town. But it’s the only film screening right now that seems half-interesting. The film has won major acclaim, however, and scores an astounding 97 per cent on Rotten Tomatoes. So, what do I know? Just make sure to come early to a Maple matinee.

Recently, in Germany, I caught Jim Jarmusch’s Paterson. In the small city where I was visiting, the film was only a few that were screened in the original English with German subtitles. Even most North American independents, as well as films generally, seem to be dubbed in countries like Germany and France. The film itself was a low key if mildly humorous look at a couple – he (Adam Driver) a bus driver and poet, she (Golshifteh Farahani), an off-the-wall designer – who live out their day to day lives in the New Jersey city near New York. The film plays on the circularity of life and the connections between the artistic present and past. For example, Allen Ginsberg, William Carlos Williams, Lou Costello and Rubin “Hurricane” Carter all hailed from Paterson…..But it wasn’t so much the film but the theatre's atmosphere that impressed. The Kino Klub in Erfurt (photo above) was a small shoebox of an arthouse with perhaps 100 seats. It reminded me of the old Windsor Film Theatre on Wyandotte Street. But it was attractively designed with a connected bar and lounge. And unlike in North America, when the doors opened the patrons simply wandered in with whatever adult beverage they had on hand - bottles of beer, glasses of wine - as casually as if it was Coca Cola. Ah, Germany!

Another thing: I attended a cinema in Paris to watch I, Daniel Blake (which won this year's Palme d'Or at Cannes), British director Ken Loach's latest. If you think advertising before a feature presentation in a North American theatre is long, you haven't seen anything. In France, it seems virtually endless.
Posted by Windsor-Detroit Cinephile at 5:48 PM