My couple of week's movies 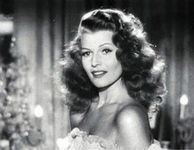 Startling is all I can say about The Young Girls of Rochefort, Jacques Demy’s 1967 follow-up (on DVD) to The Umbrellas of Cherbourg (1964). This musical, which also stars Gene Kelly in a French role (!), features the exquisite Françoise Dorléac, who plays Catherine Deneuve’s “twin” sister. Like The Umbrellas of Cherbourg this picture is almost entirely in song. What’s remarkable is that the now-forgotten and slightly older Dorléac was a star before the estimable Deneuve – France’s greatest living actress – was. In fact had it not been for Dorléac it’s questionable if Deneuve ever would have got a break in movies. Tragically, Dorléac was killed in an auto accident. It must have been very shortly after this movie was made, since her death occurred in June 1967.

Mostly Martha (Sandra Nettelbeck, Germany 2001), on DVD, is the kind of film that rarely gets made on this side of the Atlantic – a romantic movie that isn’t cutesy and is for adults. Martha is played by Martina Gedeck, one of Germany’s most versatile actresses who has had roles in such high profile films as The Lives of Others (Florian Henckel von Donnersmarck, 2007) and The Baadar Meinhof Complex (Uli Edel, 2008). In this role Martha is an exacting gourmet chef cooking in one of Hamburg’s chicest restaurants. But she is so self-absorbed in her singleness and career she has no time for others, such as her pre-teen niece, who comes to live with her after her mother dies tragically. Martha must reconcile her attitude towards the child. Meanwhile she’s challenged at work when the resto hires a new chef, Mario (Sergio Castellitto). She is both threatened and resentful of his appearance. Fair-minded that he is, Mario offers to leave. But Martha comes around. And his eventual romancing opens her to a world beyond herself. Castellitto is great and it’s a shame he’s not in more pictures (I could find only three).

The Salt of Life, recently at the DFT, is directed by and stars Gianni Di Gregorio, a 60-something would-be lothario if his character, Giovanni, wasn’t stuck in a long-boring marriage. You’ve got to wonder whether this movie was simply Di Gregorio’s own fantasy about making love to any number of young nubile women. The movie is a disappointment because the theme - yawn! - has been done many times before. Di Gregorio has added nothing new to the perspective of late middle aged lust, or angst, for that matter. Disappointing that the DFT brought this in and you’ve to wonder what artistic importance it saw in it.

And, finally, Gilda (on DVD), Charles Vidor’s 1946 noirish crime classic about a nightclub girl Gilda played by the 1940’s uber-bombshell Rita Hayworth (above). She and Glenn Ford (Johnny Farrell) are magnificent together (Hayworth preferred to act opposite him compared to any other actor). I had to laugh because the movie is set in Argentina against the backdrop of local corruption. And the day before I watched it Argentina’s current president, Cristina Fernández de Kirchner, had just nationalized a Spanish oil company.
Posted by Windsor-Detroit Cinephile at 8:04 PM