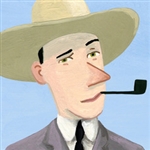 ﻿It’s Oscar-nominated short films time at the Detroit Film Theatre (DFT). This weekend and next the beautifully-restored vintage theatre attached to the DIA will screen five animated short films and an equal number of live action. When we’re talking about Oscars we’re talking about this year’s Oscars as in Feb. 26. These films are in competition for the big kahuna that night. WARNING: Tickets get snapped-up quickly for these screenings – one Friday, one Saturday on both weekends at 7 pm. You might be disappointed if you show up at the door and the screenings are sold out. So make life easier and buy online from the Detroit Institute of Arts’ website. With a service charge tickets are $9 US – a bargain, if you ask me, to see these kinds of pictures....And, yes, some of my favourite films have been of the short variety. Why? Because of their brevity they have to pack a lot more in. That tightness often means visual stimulation from beginning to end. The great thing about the DFT’s presentation is that the public can actually see them. Short films get short shrift because they seldom play in a multiplex before a regular movie. Of course there are commercials – not the same thing!.....Here’s what’s on tap:
Best Animated Short Film
Dimanche/Sunday - directed by Patrick Doyon
The Fantastic Flying Books of Mr. Morris Lessmore - directed by William Joyce and Brandon Oldenburg
La Luna - directed by Enrico Casarosa
A Morning Stroll - directed by Grant Orchard and Sue Goffe
Wild Life - directed by Amanda Forbis and Wendy Tilby
Best Live Action Short Film
Pentecost - directed by Peter McDonald and Eimear O’Kane
Raju - directed by Max Zähle and Stefan Gieren
The Shore - directed by Terry George and Oorlagh George
Time Freak - directed by Andrew Bowler and Gigi Causey
Tuba Atlantic - directed by Hallvar Witzø
To buy tickets go to http://www.dia.org/dft
Posted by Windsor-Detroit Cinephile at 10:25 AM