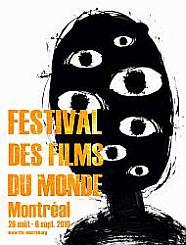 Detroiters are familiar with the Toronto International Film Festival. My preference is the Montreal World Film Festival, which I head off to next week for 10 glorious days. Montreal and Toronto started their fests back around the same time – the late 70s. At first there was a big rivalry between them, as each sought to trump the other with more premieres of prestigious films and visits by leading actors and directors. Montreal eventually was overtaken by Toronto. It was easy to see why. Toronto is an English city and Hollywood speaks Anglais. If you want to do film deals – which is the big business side of film festivals – you prefer to do it in your own language. The rivalry continued to simmer and occasionally peeks out from below the surface. Montreal may not get as many premieres and visits by big name actors as Toronto but it prides itself on being more of an independent and art house festival with a huge selection of films from around the world. Toronto, it sneers, has more Hollywood films, which is true but doesn’t tell the whole story; Toronto has great movies from around the world too......Nevertheless I’ve always preferred Montreal to Toronto. Partly it’s because I’m a native of the city, I like the “layout” of the festival better (it’s easier to navigate among cinemas) and it seems more professionally run. Both festivals last about 10 days and have roughly the same number of films though in some years Montreal I believe has had more......Which brings me to two things: Last week the old ugly rivalry raised its head when the Toronto fest (acronym TIFF – tiff, get it?) held a news conference on the same day as Montreal. It seemed a deliberate attempt to one-up Montreal by announcing, ironically, all the Quebec films it’s showing this year that are bypassing Montreal. These days everyone understands Toronto is the more prestigious fest (rightly or wrongly) so it seemed that TIFF was unnecessarily rubbing salt in Montreal’s wounds. As a writer for Canada’s National Post newspaper admonished Toronto, “Show a little class next time, guys.”  (http://www.nationalpost.com/Filmfest+fisticuffs/3406862/story.html)

.....Having said that I’d like to tell you about a trip organized by the Detroit Film Theatre to TIFF. The Friends of the DFT and curator Elliot Wilhelm head to Toronto Sept. 9 – 12 with two travel packages. The Director’s package ($450) includes pre-trip dinner, welcome dinner in Toronto, private chats with Elliot Wilhelm in Toronto, eight film tickets, tickets to a private industry party on Saturday night and post-trip party. The Producer’s package ($1,175) includes all the above with train travel between Windsor & Toronto, three night hotel stay at Marriott Eaton Centre (double occupancy). Call 313.833.4025 or email tburns@dia.org