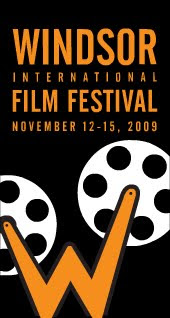 The Windsor International Film Festival is extending its reach to East Lansing Michigan this year with a screening of Quebec film The Necessities of Life (Ce qu'il faut pour vivre) Nov. 3. It actually starts the festival although there will be an official Windsor gala at Caesars Windsor Nov. 12. Then the fest screens that and two other films (Pontypool and C'est pas moi je le jure) Nov 4 - 7 at the Detroit Film Theatre in the Detroit Institute of Arts. Regular screenings take place at the Capitol Theatre Nov. 13-15....Festival director Peter Coady admits the additional US screenings are stretching him a bit thin. "I may have bitten off a little more that I should have," he laughs, "but we're committed now." Coady says it's part of the festival's mandate to promote Canadian films and calls the DFT "a wonderful place" to showcase them in a US metropolitan area. This of course isn't the first time the fest, now in its fifth year, has screened films stateside. The East Lansing screenings came about because of interest from the Canadian Studies dept. at Michigan State University. But, who knows, he says, things could "snowball" in future because he has had interest from as far away as the University of Wisconsin asking if we "would consider taking the show on the road"......Coady says the festival schedule is essentially complete and details will be announced at a press conference Oct. 27. "There are a couple of films we're waiting on to determine whether they're going to receive wide distibution," he said. "If they are we may have to drop them from our line-up.".....Meanwhile screenings will be consolidated downtown at the Capitol. Last year they were spread around the city "and I don't think it worked," he said. "We really wanted to have a kind of central location." Attendance dropped last year because of this and other factors like the economy and fewer Americans coming across. "We would normally have drawn more people from Detroit." Coady won't disclose any other titles but says 30 or 31 features will be shown, up from about 26 last year. A new section will be documentary shorts. http://www.windsorfilmfestival.ca/
Posted by Windsor-Detroit Cinephile at 2:02 PM